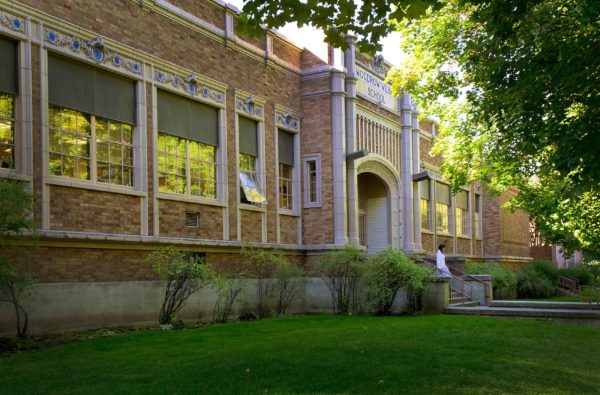 In 1922, two small wood frame portables served first and second-grade classrooms in a location at 19th Avenue and Jefferson Street; a third portable was added in 1925 for third graders.  In 1926, the portables were replaced by then newly built Woodrow Wilson School, located at 25th Avenue and Lincoln Street.  Named after Woodrow Wilson, the 28th President of the United States, the school building was clad with golden-hued bricks and embellished with decorative blue-colored terra cotta inlay.  Wilson School was described in a Spokane newspaper as “the most modern grade school building in the city and equal to any built anywhere.”  In January 1927, elementary school pupils helped carry school books up the hill from 19th Avenue to 25th Avenue to their new school.  The building held six classrooms, a library, an auditorium, principal’s office, and an emergency room. The school grew and by 1940, more than 400 students were in attendance in grades one through eight.  In 1941, a five-classroom east wing was built on the school.  In 1961, a multipurpose/gymnasium wing was added on the west end of the school.  Many Wilson students attended Lewis & Clark High School in the Class of 1968. 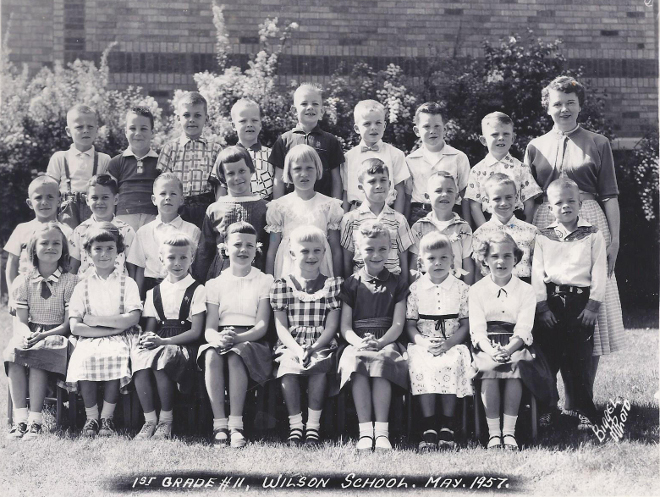 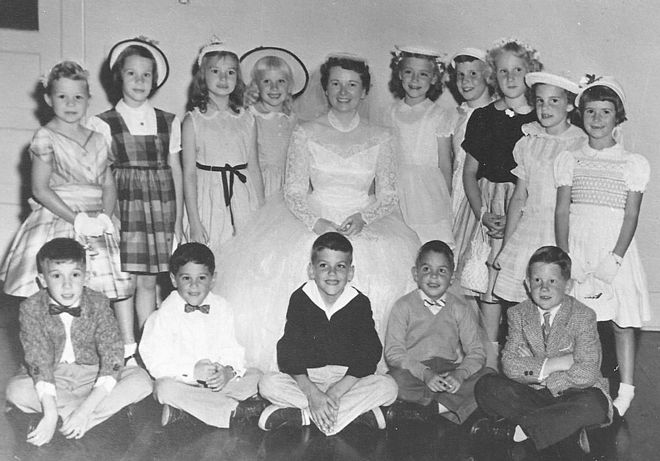 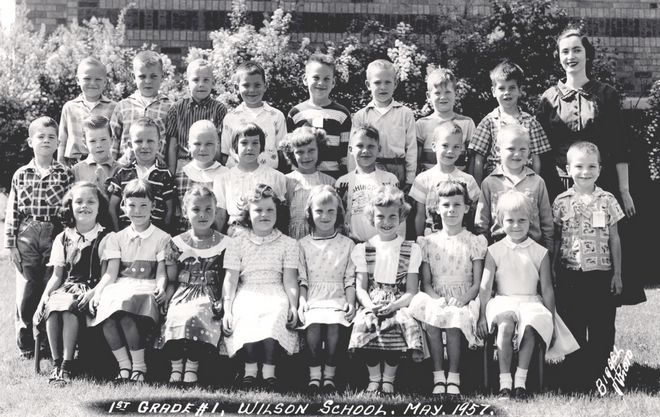 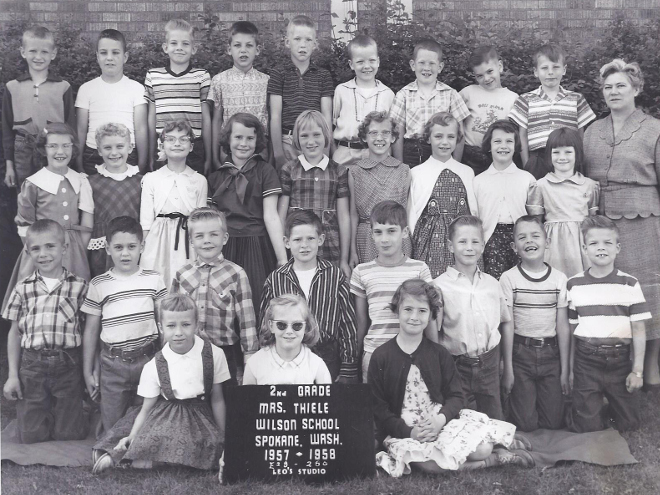 We are missing both the photo and the names of the children in the class.

DO YOU HAVE THIS PHOTO? 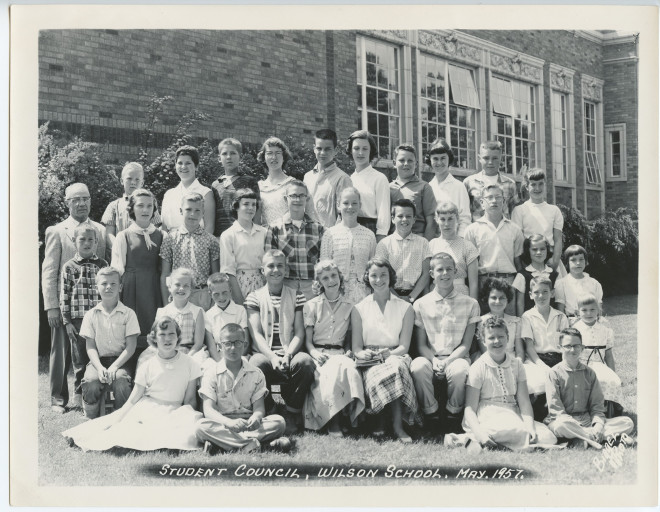 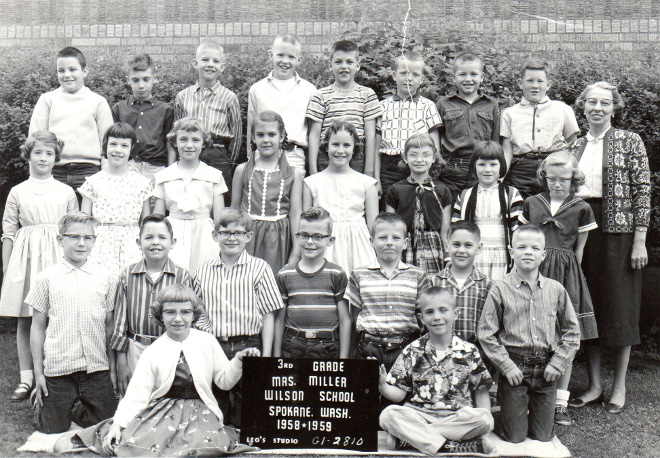 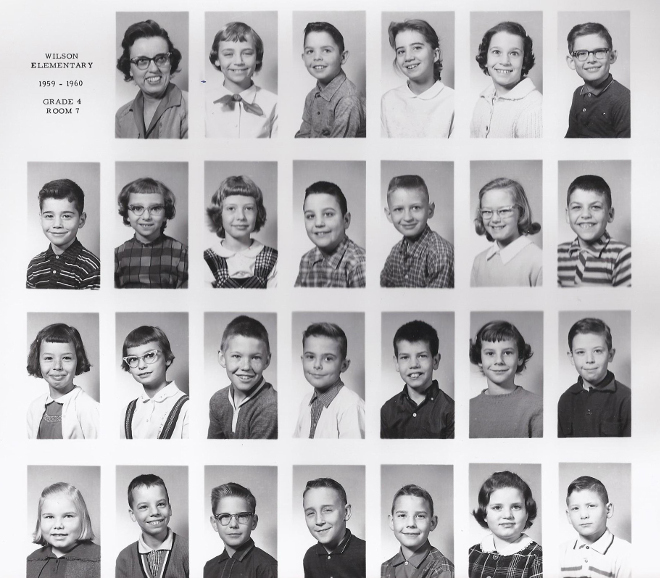 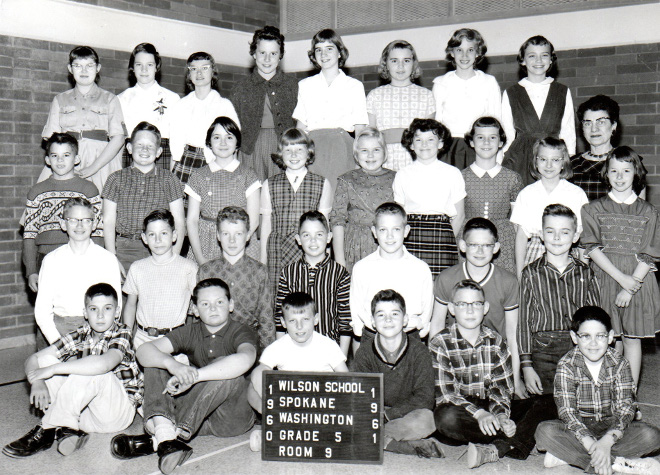 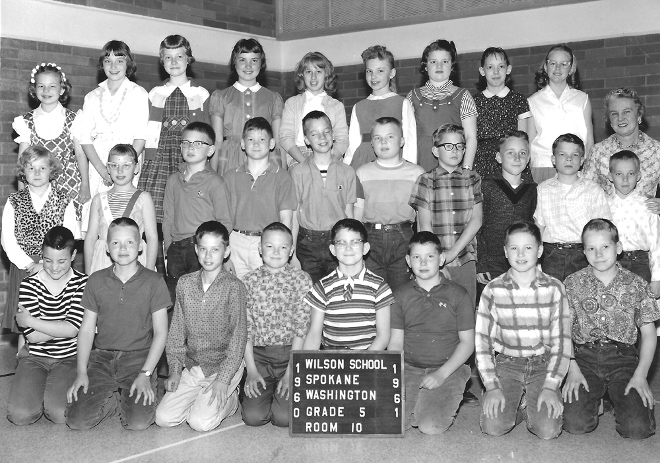 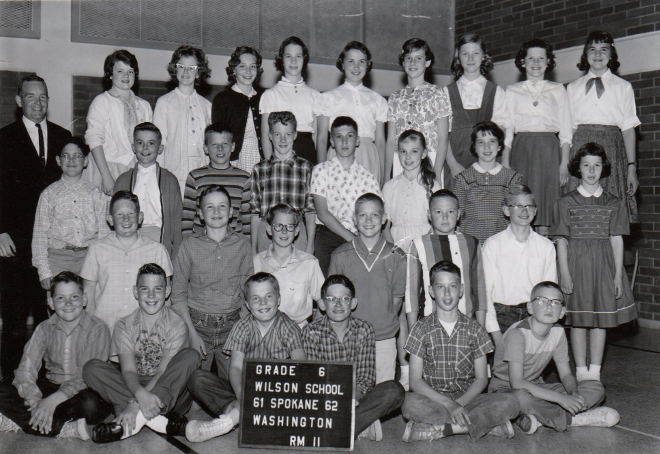