Franklin Elementary School was named after the great American statesman, Benjamin Franklin. Spokane has had two Franklin Schools during its history. The first school was built in 1889 at Front Avenue (Trent) and Grant Street, about six blocks east of Division on Trent. The school was a beautiful two-story brick building and the average enrollment in Grades 1-8 was 325 students. As the enrollment declined, the forefathers of Spokane decided to relocate Franklin School, and thus, the second Franklin School was built in 1909 at its location at 17th Avenue and Mount Vernon Street. In the fall of 1952 nearly 500 youngsters were attending Franklin School, and it became the only school in the city with double shifting. The solution to this student over-population did not result in tearing down the beautiful old building, but to build on an addition. On March 22, 1953, Franklin students dedicated the new addition to their school. The entire building now housed students in levels K-6. In 1955 two portable classrooms were added to house the continually growing enrollment. As enrollment decreased in the 1970s, Franklin’s empty classrooms were filled by the APPLE Program providing an alternative educational choice. Some of the graduates in Lewis & Clark High School’s Graduating Class of 1968 previously attended Franklin School. 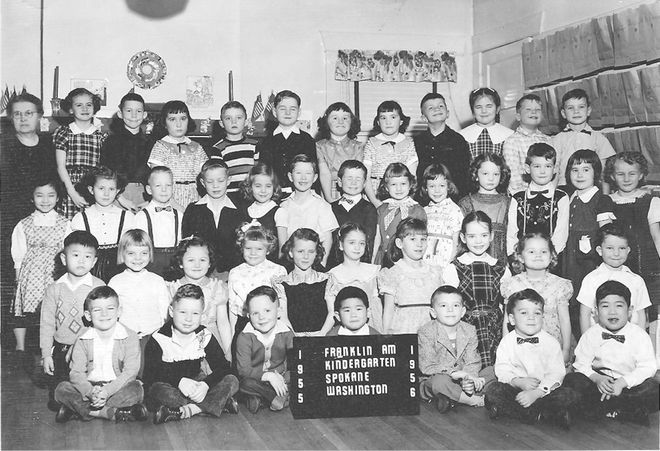 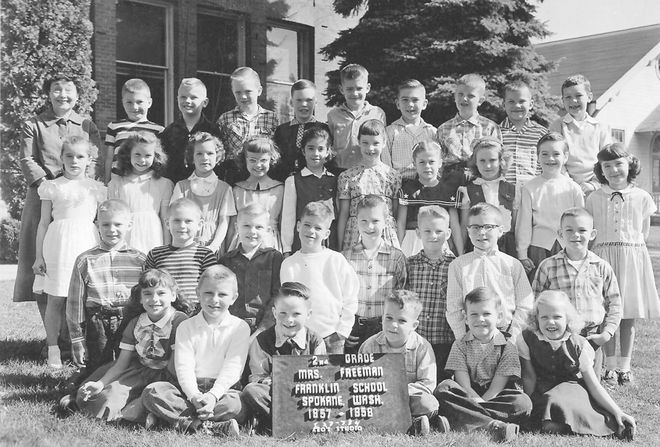 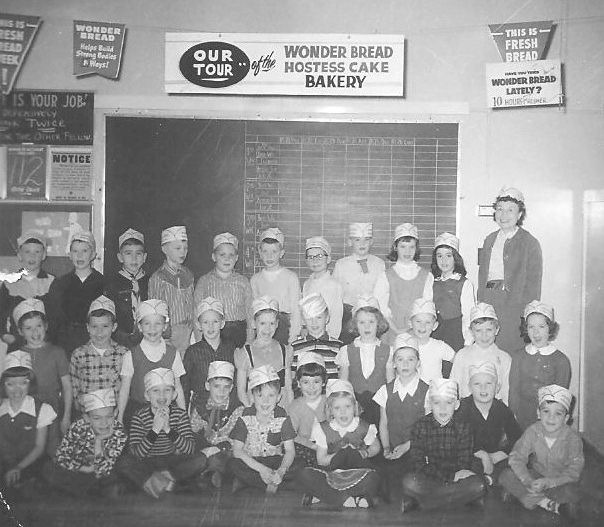 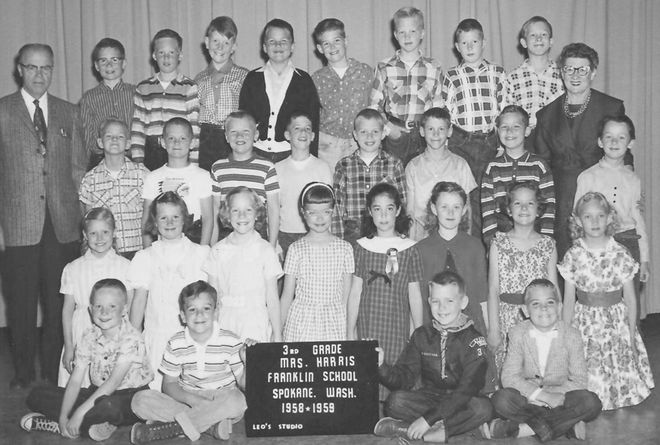 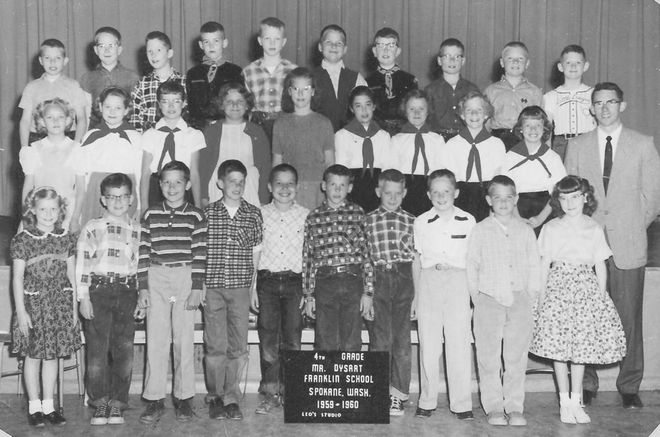 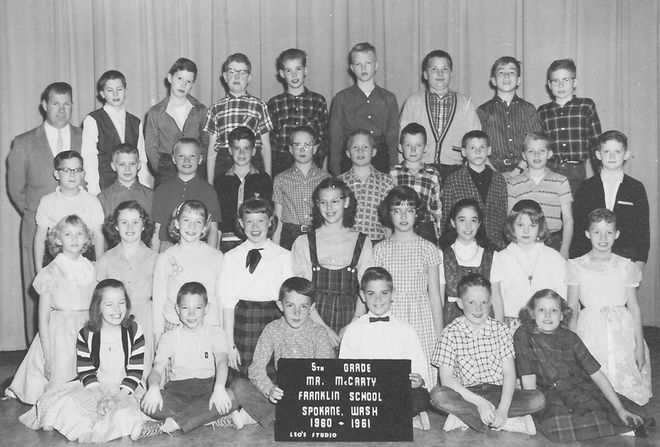 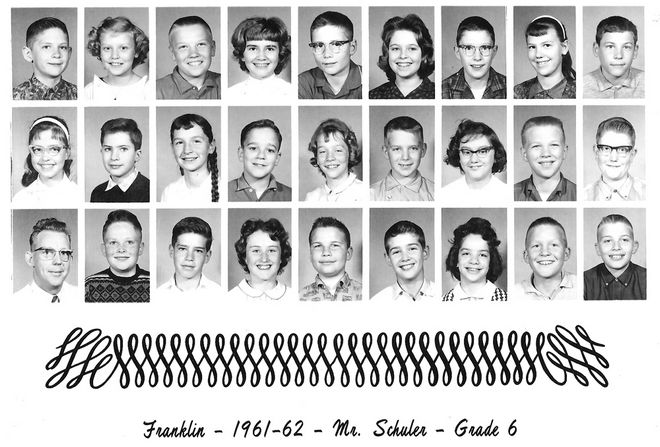 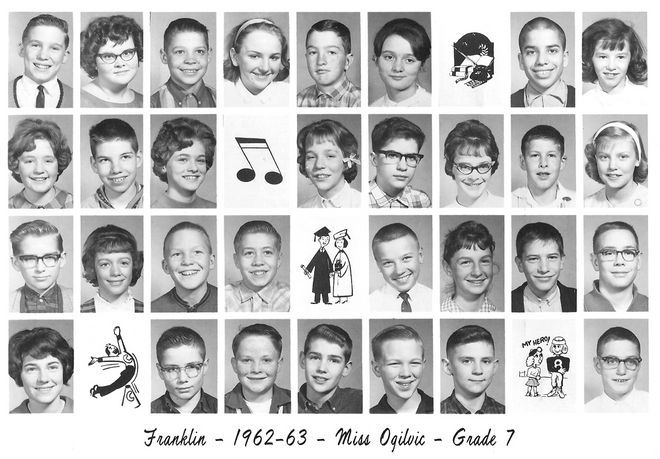 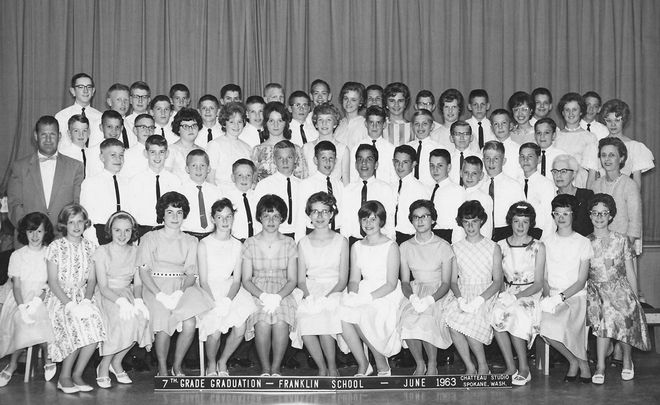 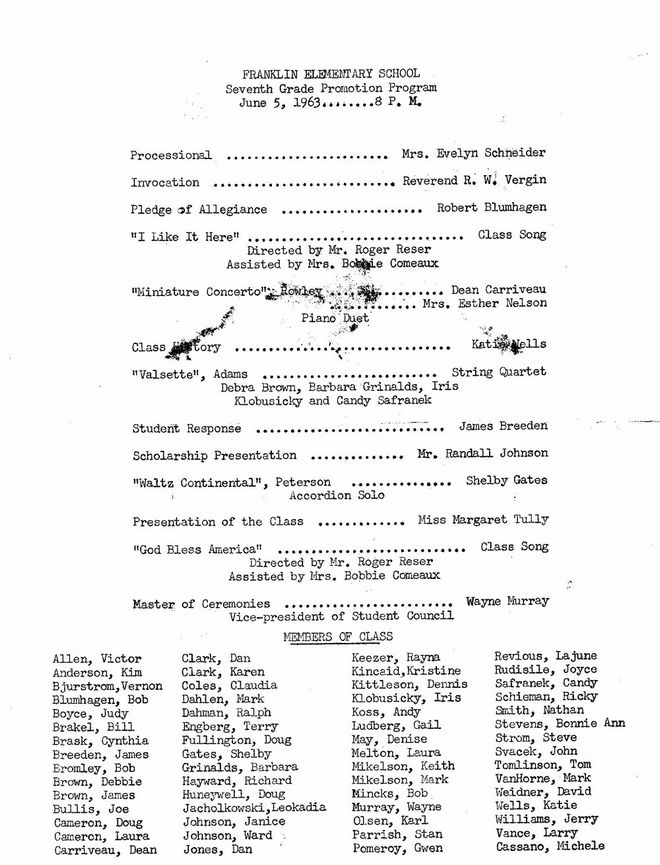