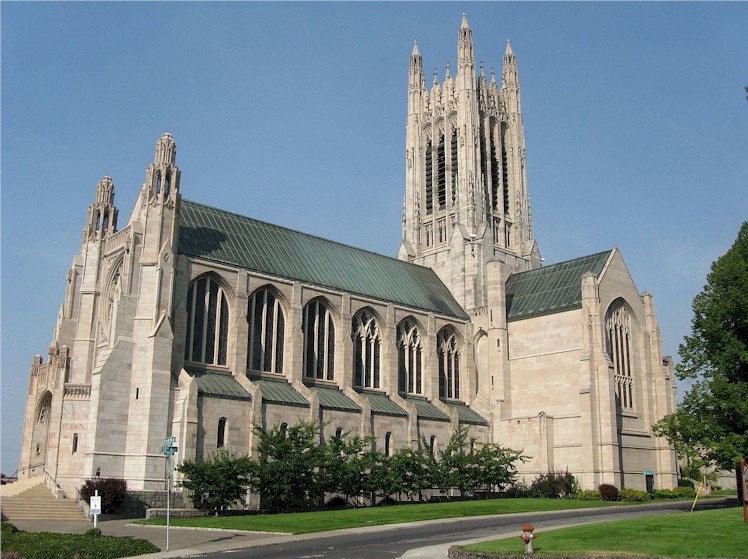 The Cathedral of St. John the Evangelist came into being on October 20, 1929 with the merger of three Spokane parishes: All Saints Cathedral; St. Peter’s; and St. James. Construction actually began in 1925 with the nave leading to the high altar being completed in late 1929. The stock market crash of 1929, the ensuing depression, and the 2nd World War halted construction for almost twenty years. Construction resumed in 1948, and the chancel, sanctuary, transepts, and Gothic tower were completed by 1954. The church provided a Kindergarten class for parishioners, and some of those Kindergarten attendees became members of the LCHS Class of 1968.